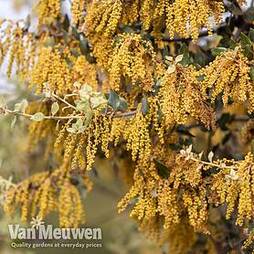 The Holm Oak is an easy to grow evergreen, which can either be grown as a full-sized tree, or clipped into a hedge. The glossy, tough foliage has a contrasting white underside, and is later accompanied by shiny acorns. The Holm Oak is ideal for hedging in exposed and coastal areas; plants…  More Info 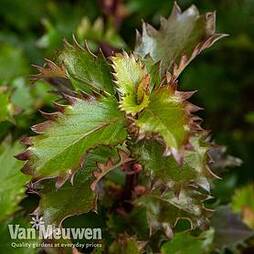 Bring a finishing touch to porches and doorways with the stately form of Ilex ?Little Rascal? standard. This Japanese Holly cuts a striking figure, supplied as a standard shrub, with a neat head of foliage above a clear stem. With small, dark, evergreen foliage, this hardy shrub…  More Info 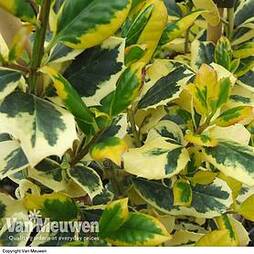 Contrary to its name, Golden King is an outstanding female Holly. A fantastic specimen for year round interest, this handsome shrub bears white flowers in spring and spherical red berries in winter, which are loved by birds. Its toothed evergreen foliage makes a striking impression with…  More Info