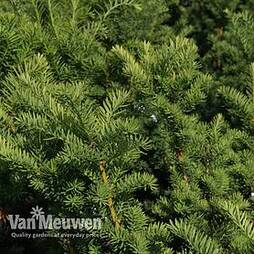 Taxus x media 'Hicksii' is a female Yew variety with an upright, columnar habit, bright red berries and dark-green foliage. A compact cultivar, it is faster growing than the commonly seen English Yew, and makes an excellent, evergreen hedge. However, ?Hicksii? is equally…  More Info

Ideal for growing as a formal hedge, English Yew will form a very dense, evergreen hedge that can very easily be shaped with regular clipping. It is tolerant of most soil conditions and is overall a very tough plant. Unsurprisingly, English Yew has been awarded a prestigious…  More Info 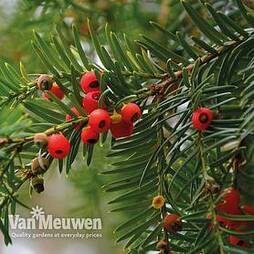